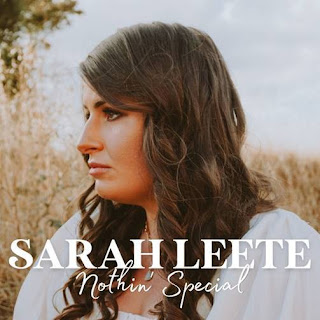 Sarah Leete is making a triumphant return to music in 2021. Having released her self-titled EP in 2017, Leete used the pandemic as inspiration for new music.

Leete grew up on the NSW Central Coast before moving to a small town called Baan Baan, in the Narrabri Shire. Her love of music came at a young age, starting to write her own songs and play the guitar at 13-years-old.

"The thing that draws me to country is the ability to tell your story how it is, without the bull****. A lot of music genres, and the arts in general, I find, make it more complicated than it needs to be. And if I can do it in a catchy and lyrically intelligent way, that's what I am drawn towards".

Leete graduated from the Country Music Association Australia Academy of Country Music in 2016 on a full scholarship. Her talent was recognised and she was awarded a Young Regional Artist Scholarship to record her debut EP in 2017. The EP received some success, with the first single Safe reaching #11 on the My Country Australia chart.

Nothin' Special is anything but. The track was produced by Michael Muchow, who has worked with the likes of Catherine Britt and Melody Moko, at The Moon Room in Brisbane in between border closures last August.

The song was originally inspired by a creative writing exercise in high school.

“I had to write a creative writing piece, and I chose to do a boy meets girl story but it didn't work out, then as the resolve instead of the typical 'and she was better off for it' I decided that they actually went and worked it out. My teacher handed it back to me and told me to re-write the ending. She wanted me to finish the story as 'she was better off without him'. For whatever reason, that has always stuck with me”.

The pandemic also inspired the track, with Leete spending some time to deeply reflect on the current times.

“It is a reflection of where I am at in my life (maturity not circumstance) where I realise there is no 'happily ever after' and real love and most other things in life, require consistent effort. This song is a reflection [on] that it can end either way. You can forget him and be happy or stay together and work it out and be happy. That's the beauty of life I guess, we get to make the choice.”

Nothin' Special has an accompanying music video, which was shot and produced by Richard Harmey. It was filmed around the small towns of Kempton and Bothwell,Tasmania in January this year. The historic castle in Bothwell was one of the sights used along with Tasmania's amazing landscapes. Leete's husband also makes a cameo in the video, where she is fed up waiting at the bar and leaves as he turns up too late.

Nothin Special is a catchy song that you will have on repeat for days to come, as the listener is taken on a journey with heartfelt lyrics and storytelling.

With an infectious personality, warmth in her vocals, big hearted songwriting and a quirky sense of humour; Sarah Leete won't be one to go unnoticed.

Nothin' Special is available to stream and download now.