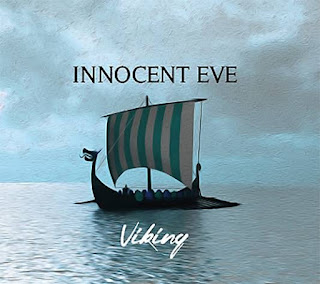 Viking is an emotive collection of songs including ‘Mixed Bag’, ‘Three Quarter Time’ and the title track. It's a collection of beautifully crafted songs to leave you feeling warm.

It is a collection of sister Bec an Rachel Olsson’s perspectives on life, love, people and the world. Each song is worked into a melody for others to find comfort and company in.

Bec and Rachel have equally contributed to each track, brining to the table their own half-bag of songs. The duo have worked alongside producer Matt Fell to create the whole and well-rounded Viking.

Of the album, Bec says that it their take on things:

"Rachel and I wrote this album over the last couple of years and we’ve hit everything from heartbreak and hurt to everlasting love, politics and personal demons. We want to translate to our listeners an honest account of how we’re feeling through each track and really, honesty is the only tool we have in being relatable and real."

This is their first full-length album in six years, with the three lead singles all producing success. ‘Mixed Bag’ debuted at #3 on the AMRAP Regional Airplay Charts. ‘The single ‘Viking’ spent 16 weeks in the 2TM Top 20. ‘Three Quarter Time’ has received airplay on Kix Country and ABC Country radio.

Producer Matt Fell has created sumptuous arrangements that touch on folk, rock and Celtic influences. ‘My Despair’ features a gentle Irish folk tune that makes you forget you are listening to a song about heartbreak. ‘Running For My Life’ is a song of escapism and on to play full blast. ‘Comfort Of Your Arms’ is a track of warm embrace while ‘The Rant’ is an anthem that stirs fire in the belly.