Hurricane Fall Release 'Lost In Us' 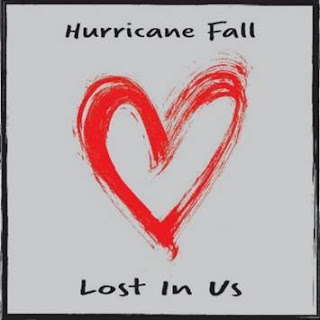 The fittest band in Australian Country music (I dare you to challenge them!) are starting 2021 off on the right foot. With a brand new label, Hurricane Fall have released their latest single 'Lost In Us'.

It follows the success of their previous release 'Aftertaste', which saw them gain national airplay across Triple J Country and Kix Country. 'Aftertaste' was added to Spotify's Fresh Country Playlist, racking up over 120,000 streams. They also received their first Golden Guitar nomination for Group/Duo of the Year.

The Novocastrian band are living proof that raw talent and ambition can take you places. Established in 2014, the band have supported the likes of The Wolfe Brothers and Billy Ray Cyrus. During Sophie Monk's season of The Bachelorette, the band played an exclusive televised gig.

The band have an eclectic sound, with a mix of rock, blues, country and pop. They draw inspiration from Garth Brooks and Eric Clapton. 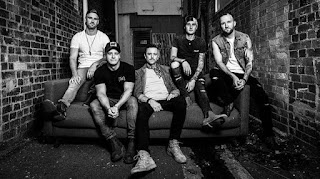 The song was written by Mitch Thompson and Tom Jordan alongside Lachlan Mitchell and Phil Barton. The band says of the song:

“Lost in us is about falling deeply in love with that special someone. Being so caught up in the moment – so in love - that all the other times you thought you were in love, were nothing, compared to the love you have now.”

The song was produced in Melbourne by Michael Paynter and Michael Delorenzis at MSquared Studios while the band recorded the song at home in Newcastle, NSW.

“Having a Melbourne based producer presented a huge challenge as
the song was completed during the COVID pandemic - right when Melbourne was forced into the harshest lockdown anywhere in the world. We recorded parts and sent them to the guys to keep things moving. The vocals were recorded in [Pepper] Deroy’s son’s bedroom – over Zoom. It truly was a monumental technological feat to bring the song to life!"

You are guaranteed to get lost in this earworm of a song. With a busy 2021 ahead, Hurricane Fall aren't giving up anytime soon.

Hurricane Fall are hitting the road in 2021 to promote their new music. They will travel through rural QLD, Hervey Bay, throughout NSW, down to the South Coast to the Illawarra and across to the Snowy Mountains to Tumbafest in Tumbarumba. They will be performing at event such as then Deni Ute Muster, Music in the Mulga and the Bush to the Bar Festival.

Check out their tour dates below:

'Lost In Us' is available to stream and download now!