Dantier Releases 'Wish You Were My Beer' 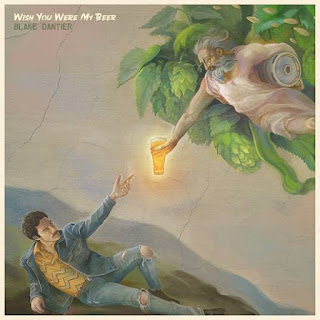 Singer/songwriter Blake Dantier is back with his latest release 'Wish You Were My Beer'. The song is a result of some first-hand experience Dantier had in the creation of beer itself.

2020 brought new experiences and hobbies for many, as we went into a country-wide lockdown. For Dantier, he discovered brewing.

"It started off with just a couple of Cooper's tins from Dan Murphy's. The next thing I knew I'd bought a 40L pot and was making it up from scratch. Now it's gotten to the point where I work in an actual brewery a couple of days a week".

It's no surprise then that he would inevitably pen a song about the very drink that became his new-found passion.

Dantier grew up in the Blue Mountains, finding his passion for music in his teen years. He played in various high school bands, playing the odd gig, before studying audio at university. Dantier found himself being introduced to country music, forming 'Blake Dantier Band'. The band played around Sydney for several years, including winning talent comps and various awards. He then decided to take the leap into the solo music realm.

His first release of 2020 was 'Ash and Dust'. It was added to high rotation on ABC Country, Kix Country and CMT. His follow-up single 'I'd Do it Again' spent 9 weeks in the Music Network's Country Hot 50 airplay charts, and was the winner of the TSA Song of the Year award. He has also written for his fiancee Cass Hopetoun. 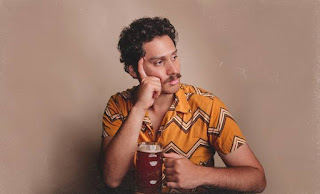 Wish You Were My Beer

Inspiration for his latest single came from the deep well of country music's history of heartbroken songs about drinking to forget. These are the kinds of songs that Dantier himself really enjoys.

"I got the idea from a Brad Paisely song where one of the lines is 'I wish I was your beer'. When I heard it, I thought that could be a title itself, but preferred it switched around to 'I Wish You Were My Beer'"

There are more songs with this theme on his upcoming album.

The song was recorded in August 2020 by Simon Johnson at his Hillbilly Hut Studio. Johnson has worked with the likes of Catherine Britt and Travis Collins. Johnson plays the bass, Brad Bergen is on drums, Shane Nicholson on acoustic and Dantier plays the electric.

"Duncan Toombs came in and he and I tracked guitars together the whole day, which naturally resulted in a harmonized guitar solo".

'Wish You Were My Beer' is a fresh taste on country music, with a a crisp palette and a pleasant aftertaste that leaves you wanting more.

Like with most artists, the pandemic has slowed down the performance side of things, but is hasn't stopped him from writing and recording new material. He is freshly returned from the 2021 Tamworth Country Music Festival where he attended the Golden Guitar Awards. Dantier will also release his debut album later in the year.

Big things are brewing for Blake Dantier. Keep up-to-date with Dantier's music through his Facebook

'Wish You Were My Beer' is available to stream and download now.