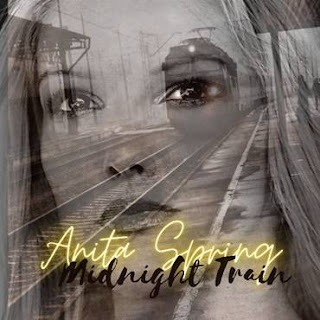 Anita Spring grew up surrounded by music. Her mother is a well-known vocalist on Channel Nine's Appeal-a-thon. Her father is an accomplished musician who played in a band with Johnny O'Keefe. It's no surprise then that Spring finds herself following in her parents footsteps.

She joined a theatrical school at age 7, securing her first professional role at 12. She attended Newtown Performing Arts High School where she flourished as a performer. By 15, she had secured a role in the Gordon Frost Organisation of Elvis- The Musical at Sydney's Foot Bridge Theatre. At 17, she spent three months in Chang Mai, Thailand with a role in Grease.

Since then, Spring has become a backing vocalist for many well-known Australian Artists including Powderfinger and Tine Arena and appeared on variety shows such as Hey Hey It's Saturday, Sunrise and The Morning Show.

At 21, Spring signed a six album record deal with Universal Music. The turning point for her career came in 2017 after a trip to Nashville. It inspired her so much, that upon her return, she wrote songs every day. She returned to Nashville in 2018 for the sole purpose of songwriting, collaborating with some of Nashville's best.

At the end of 2020, Spring released two singles 'This Ain't Pretty' and 'Still A Child'. The former reached #2 on the AMRAP Regional Airplay Charts while the latter reached #8.

Spring has started 2021 off with the release of a new song 'Midnight Train'. It is a follow-up to her previous songs and is bound to emanate the same success.

“Midnight Train is about the current state of our world and deciding to escape the scariness of it all by, choosing to have an optimistic outlook”.

The song was produced by Spring and Stevie Welton-Jaimes while mixing was done by Pete Keppler. It recorded in three different cities: Sydney, London and New York.

“I’ve been feeling lately that we’re all in a parallel existence. We need to find a way to back to reality and to that place we all were before 2020, I’m hoping all the craziness will come to end in 2021 and we’ll all find our happy place once more.”

The song has an accompanying video, produced by Apollo Films Brisbane and directed by Spring. The video explored the dangers of city life and the need to start fresh in the country.

"It’s a metaphor for the craziness of our current world and choosing a much less crazy existence by not listening to external noise. I believe the world in which we live is riddled by power struggles. Everyone wants to be top, no matter who they hurt. It’s teaching our children such tough lessons and not the best lessons. Logical common sense must rule and that’s exactly what Midnight Train is all about. Packing up your baggage and leaving it out in the rain to deteriorate, moving on and not looking back, a no-nonsense approach to life”.

'Midnight Train' is a musical journey to bigger and better things. It is a plea for a better world, delivered through Spring's emotive storytelling.

You can stream/download 'Midnight Train' now