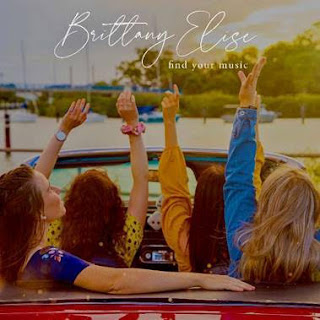 2021 is a fresh start for most of us, presenting new opportunities. For singer/songwriter Brittany Elise, she is starting the New Year off with brand new music. Following the success of her latest album 'Something More', which reached #2 on the iTunes Country Album chart and #20 across all genres; she has released her latest single 'Find Your Music'.

She explains that the track was 'written to be a feel-good reminder that although we sometimes get caught up in life's stressors, life is too short to worry. We have to remember not to put too much pressure on ourselves, just do what we want, and be who we want to be, even if it's outside what people expect from you'.

The song was recorded in Brittany's Queensland studio and was produced at The SongStore Victoria with Adrian Hannan. Adrian has worked with the liked of Delta Goodrem, Vanessa Amorosi and TAXIRIDE.

'The recording process was one of my favourite parts of this song because I decied to take an online course in music production right after COVID-19 shut down the world,' says Brittany. She then set up her home studio to inspire her to continue writing, recording and releasing music. She says the experience with Adrian allowed her to create the fun, feel-good sound she was after.

'Find Your Music' was intended to be a Summer song, reflecting the feel-good nature the season brings.

For as long as she's been able to, Brittany has always loved performing, hitting the stage for the first time at the tender age of 7. At 9, she started learning the guitar, piano and violin. By age 12 she had begun to write songs.

Growing up, Brittany was forever listening to Slim Dusty, Elvis, Dolly Parton and Lee Kernaghan. Now, she is influenced by Carrie Underwood, The McClymonts and Catherine Britt. This is reflected in her sound which is often described as country pop with rock influences. 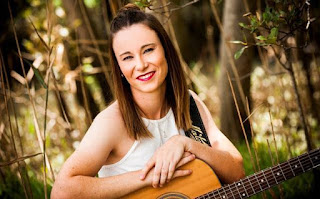 'A Simple Plan' reached #1 on the iTunes Country Singles Chart. 'Another Day', her debut single, peaked at #3 and has accumulated more than 22.3k Spotify streams since its 2019 release.

Her debut album 'Something More' explored Brittany's journey of following her passion for music. Each song represents a different experience from her music journey whilst capturing her true sound.

Brittany was an ABC Australian Music Month featured artist. She was also a finalist for the Patti McKinnon 'Up and Coming' Artist Award at the 2020 ICMA Australian Awards.

In 2020, she was involved in several bushfire relief concerts and wrote a song for the R U OK? campaign. It's clear that Brittany has well and truly found her music over the last year or so and will continue the journey throughout 2021.

Brittany is excited to be back performing live again and already has a few gigs lined up for the year.