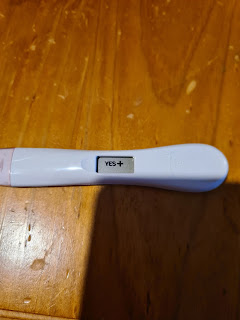 If you've been following the blog for awhile, you may know about my TTC journey. Trying to fall pregnant has been a very long road.

Last time I updated you, I had just begun my first round of Clomid, a mild fertility treatment. At that stage, I honestly wasn't expecting it to be successful on the first cycle. It made me a little sick and a little crazy, but it subsided pretty quickly.

Four weeks after taking the Clomid, I felt a little strange. I couldn't quite explain the feeling. I had some mild cramps and a bit of spotting but it didn't feel like my period. On a whim, I took a test. Was I actually pregnant or just wishful thinking?

I nervously waited after peeing on the stick. Why did three minutes suddenly seem like an eternity? I listened to a song on my Spotify playlist to distract myself.

The timer went off, I took a deep breath and looked at the result. What I saw was two pink lines- a positive result! The second line was faint so I took another test, which was a little darker. Just to be sure, I decided to do a digital test, knowing that it would give me a definitive 'Yes' or 'No'. Two digital tests later, I knew that I was pregnant.

I surprised my husband when he got home from work and we shared a special moment together.

The next step was to get confirmation from the doctor. He confirmed the pregnancy but had some initial concerns. Because of my condition and the fact that I had conceived through ovulation induction, there's a higher risk of miscarriage and/or ectopic pregnancy.

I was sent for blood tests every 48 hours over the period of a fortnight. These tests would indicate how my hCG levels were travelling. If they doubled every 48 hours, this was s good sign. If they failed to double or dropped, it would be troublesome.

Thankfully, my numbers more than doubled every 48 hours, indicating my pregnancy was progressing well. At 5 weeks and 4 days, I got to see the tiny baby for the first time. It was nothing more than a blob but I was smitten.

It's amazing how something so tiny can wreak so much havoc. For the first 7 weeks, I hadn't experienced any sickness and overall I felt well and energetic. Perhaps I would be one of the lucky ones who didn't get sick?

That was wishful thinking.

The week my husband and I went on a holiday (of course) was when the sickness kicked in. Only it was all day. There wasn't a specific thing that triggered it, though eggs and red meat seemingly made it worse.

Most mornings, I was unable to eat breakfast and it would take me up to half an hour to get through a small meal. I was suddenly tired all the time and don't even get me started on the weird and wonderful things the rest of my body was doing!

At 12 weeks, I am still fatigued but most of the sickness has subsided, which I am grateful for. I am told the second trimester is a lot easier, so we will see!

Keeping this a secret was one of the hardest things. We let both our parents and siblings know quite early on and knew we would need their support. We also told some close friends over the weeks.

Many couples choose not to tell anyone, even family, until the 12 week mark but some people had started getting suspicious and we simply couldn't keep a straight face when denying it. Plus, I already had a bump at 10 weeks!

We made the official announcement on Monday, in a way that was very fitting for 2020! 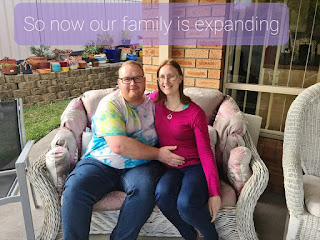 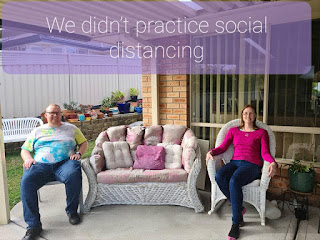 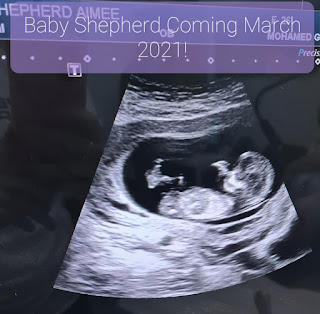 Most of our friends and family knew about our struggles so they are over the moon with our news.

The next six months will be exciting but also scary. We have no idea how to look after a baby, but it's something we will figure out together.