Sydney band 'Molly and the Krells' have released their new single titled "What Went Wrong" and it is exactly what you would expect from them. Continuing their punk/rock sound on this song, the band have created an infectious hit.

The group, forming in 2016, is comprised of Blake Cateris on vocals and bass, Ian Knighton and Dan Taylor on guitar plus Christian Scanu on drums. Driven by angst and heartbreak, the band released two honest EP's in 2017 and 2018.

'What Went Wrong' is but a taste of what we can expect from the band in the future. Blake Cateris says that the song was inspired by a female friend. "She couldn't seem to catch a break in life, she resented the help that was offered to her and seemed to keep making the wrong decisions".

As time progressed, the two grew further apart, the only connection between them was following each other on Instagram. "Some people just don't want to be helped. Me, being a budding songwriter, I got inspired by reflecting upon our friendship and began work on what is now 'What Went Wrong"'.

Recorded at Electric Sun Studios, the song was produced and engineered by Steve Knight and mixed and mastered by Dave Petrovic. What the team created together is a high quality, finished product.

The song, while being about people I've never met, made me feel as if I were telling the story, which is a testament to the songwriter. I think we've all been in a situation where we or someone we were once close to changes, causing a drift in the friendship.

Overall, the band have created an honest and catchy punk song that draws the listener in from the very first note. It tells a story both lyrically and musically, taking the listener on the journey. The mood is reminiscent of mid-2000's angst, transporting me back in time to the genre of music I much prefer. They mix punk and rock perfectly, creating a unique sound unheard of in this era.

'What Went Wrong' is the perfect song for the band to release at the start of 2020, introducing new and old fans to their sounds and future music.

Molly and the Krells will be embarking on a seven date tour along the East Coast of Australia, beginning in Brisbane and concluding in Ballarat. Other cities visited will be the Gold Coast, Sydney, Wollongong, Griffith and Melbourne.

You can stream Molly and the Krells on Spotify, Apple Music and Google Play. 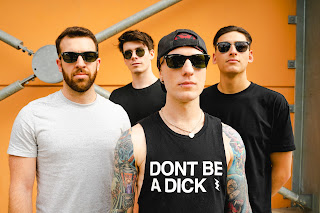