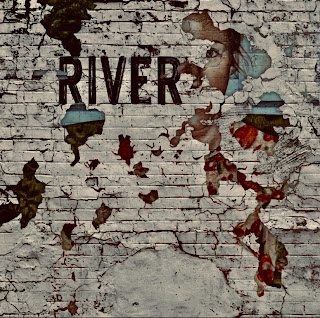 Newcastle singer/songwriter Julie McVey has just released her new single 'River' and it is a must listen to.

This is her third single, after previously releasing Hold Me Down and Cut Myself Loose, all of which have given the listener a sweet taste of what is to come from Julie.

River was written in a few hours earlier this year and became the first song that Julie recorded. In her own words, River is about a "wandering soul told through the eyes of someone who has been left behind, or chose to stay behind. It's capturing that trade-off or conflict between adventure and stability. The voice is quite scathing of the wanderer but at the same time has a tinge of regret or jealousy. The slightly defensive tone is because she is trying to convince herself of the merits of her life choices"

The folky song opens with a rhythmic riff on the guitar, setting the audience up for the journey they are about to embark on. Julie's voice cuts through with the defensive and scathing tones she speaks of, automatically drawing the listener in as the riff continues below.

The lyrics and music take us on a journey through conflict. The final lines of the chorus 'Moving on comes easily, but the running never ends' leaves the audience pondering this bold statement as the song continues on. We've all been in a situation where we've moved on but someone still find ourselves running away.

Julie's imagery and metaphors add an extra element to the song, which could serve as an internal dialogue or narrative. "Some have interpreted it this way, others think it's about a relationship. I think I had both in mind when I wrote it." With lyrics such as You run like a river, rushing round the twists and bends it's easy to see why some think it follows the story of a relationship. "If it is about a relationships, it's an imagined one," Julie explains. "Maybe I was able able to imagine it so clearly because it came from an internal struggle I hadn't fully acknowledged". That's why you, as the listener, have the ability to interpret it as you wish and take your own journey with the song.

River is a beautiful taste of what we can expect from Julie in the future. It is a cleverly crafted song that is both unique and familiar. Like a river flowing, you'll soon find yourself on the unexpected journey that is this song.

River is available to purchase or stream now