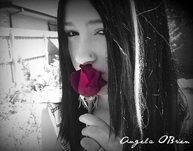 Though she always had a spark for photography, it was a single photo that sent Angela Surtees’ love of the artform into motion. It’s a photo taken years ago on a Samsung G800, edited by a novelty app on her phone. It made her wonder just what she was capable of, so she started saving for her first DSLR camera. Her path then began to pave itself and she would soon find herself discovering more about it.

“The thing I love the most about photography is that I can freeze time,” Geelong-based Angela says of her passion. Through photos, she can capture precious moments and immortalise them forever.  This is why her style is considered to be natural, ensuring that the original essence of the photo is still present. “I generally edit with a vibrant, colourful style or a soft earthy vibe. I love high dynamic range or black and white for places and vehicles”.

It seems to be synonymous with many photographers, but Angela’s favourite occasion to shoot are weddings. “I love that they are unpredictable,” Angela says. “I also love the look on the grooms face when he first lays eyes on his soon-to-be wife as she walks down the aisle”. Angela enjoys capturing the raw emotion radiating off the couple and their guests. “It’s such a special thing to be a part of”.

Through the many shoots she has done, there is one that stands out for Angela. It is also the most painful shoot she has done, becoming the most precious photo in her portfolio. Taken in 2017, the photo is of a baby boy named Braxton. “I was blessed to be asked to not only be a part of his birth, but to capture it on camera,” Angela recalls. The birth was running smoothly, until suddenly it wasn’t. The photo was captured just a few moments before doctors noticed that Braxton wasn’t breathing.

“After placing him on the frog mask, they were able to get him breathing again, but his ongoing respiratory issues claimed his life seven weeks later”. Though she took numerous photos of Braxton, this one remains the most special. The desaturation was an artistic choice, so that the light is beaming down on his face. Everything was okay for this single moment, captured in time by Angela, which is why it remains her favourite to date. 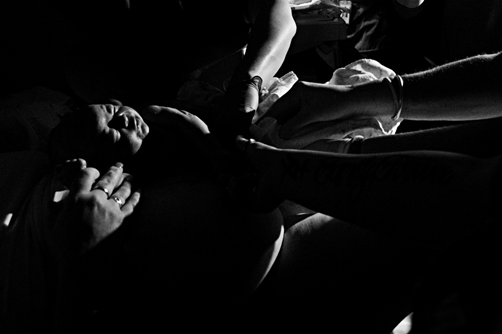 Of course, she has many other favourite pictures, many of which have a deeper narrative behind them. “There’s a family shot I particularly love. The family looks perfectly stitched together when in actual fact it is a mother who found someone to love her and accept her daughter as if she were his own. A mother who had struggled to find love, being used as an object rather than being seen for the amazing woman she is,” Angela says. “Carlos came along and filled the empty space as if there had never been a time where he wasn’t there”.

Editing Your Own Photos

In the filter-saturated world of Instagram, it’s interesting to know how photographers feels about filters being placed over their images. Although Angela loves how the platform can be used to share a series of photographs to a targeted audience through hashtags, she doesn’t love the freedom it gives for people to add filters to already edited images. “I think that placing a filter over an image you’ve had taken by a professional is telling them that what they provided to you was not good enough for your taste,” she says.

She suggests that if you aren’t happy with the editing style or would like a different colour tone, speak to the photographer. It will get you a lot further with acquiring images to your taste than editing over pre-edited images. “Photographers won’t bite is you ask them for a certain editing style. For the most part, editing to your taste, is actually quite easy for a seasoned professional”.

The important thing to take from this is don’t edit images that aren’t your own to edit, unless of course you actually have permission from the photographer. Ask them to add that style during their editing process or the photoshoot. “We shoot based on conversations with you before, during and after. How we edit is predominately the same”.

If you’re aspiring to be a photographer, Angela can offer up this advice. “Learn the trade. Learn everything”. She suggests watching lots of videos to learn about gear, techniques and everything possible associated with photography. “Practice on family and friends first. Don’t be disheartened if you create a website and it doesn’t generate views straight away”.

Failure happens, especially in a popular field like photography, so you need to be ready for it. There will be critiques, positive and negative. “Being okay with failure and learning to grow from it is the key to being successful”.

If Angela hadn’t been through all this, she wouldn’t be the photographer she is today. She is living proof that something small, like a photo taken on a phone, can spark a passion and career far greater. Over a decade later, that same spark is there.

Angela has recently launched her website under the business name A.M Surtees Photgraphy,  offering affordable photography to suit a range of budgets. View her range of prices and packages here.

All images have been used with permission and belong to A.M Surtees Photography